Kils Farmington Taekwondo
Families that Kick Together, Stick Together!!

Master Jack Kittinger and his wife Hilda Kittinger are the 2011 recipients of USA Taekwondo’s Family of the Year Award. The Kittingers’ have run Kil’s Taekwondo School in Farmington, Mich., for 10 years and have successfully trained many students to earn their black belts while maintaining a fun and disciplined balance in their training.

Click Here to listen to an interview with the Kittingers!!

Their students say classes always have positive energy because of Master Jack, and everyone is able to get a great workout while having a good time. Master Hilda complements her husband perfectly by keeping the students in line and serving as an outstanding role model to all she meets.

About Kil’s Tae Kwon:
Our students range from 4 years old to 86.

About the Farmington School Instructors:
Master Jack Kittinger, a 5th degree Black Belt and National Champion (2008), runs the Farmington Kil’s Taekwondo School with the help of his wife Master Hilda, a 4th degree Black Belt and a three-time National Gold Medal Winner and Master Ramkumar Chidambaram, the first person of Indian descent to earn the rank of Master in Michigan. Master Kittinger emphasizes a friendly-family atmosphere with individual attention given to each student. Children learn Taekwondo in a fun environment with games, physical and mental exercise while learning a practical martial art. 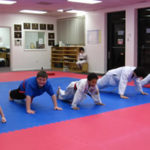 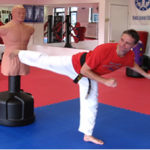 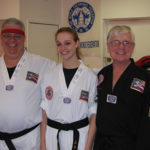 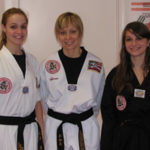 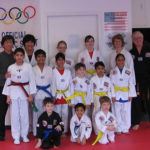 Families that Kick together Stick Together